The area has been frequently invaded during the past 2,000 years. Various groups have swept through the country, some have stayed, others have moved on. The present country obtained its independence in 1830. The two world wars have contributed to the social and economic conflicts that have plagued the country. Two cultures, Flemish and French, have historically not been able to resolve their respective cultural differences. Therefore, the country is divided in language and political philosophy.

The country of Belgium is divided into 10 provinces. Each province is subdivided into smaller administrative cantons. The government is headed by the monarch, prime minister and cabinet, parliament and judicial system. A constitution was established in 1831. Numerous political parties compete for governmental influence, but only a few are able to maintain a position in the working government.
The legal system is based on French, Dutch and local cultural input and is somewhat influenced by British law. The court system ranges from magistrate’s courts, district courts, to superior courts. An appeals court system reviews verdicts of lower courts. 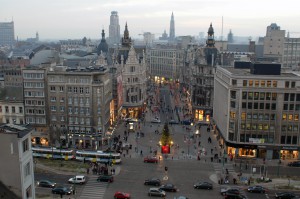 Belgium became independent from the Netherlands in 1830 and was occupied by Germany during World Wars I and II. In the half century following, it has prospered as a small, modern, technologically advanced European state and member of the European Union. Its unique political circumstance is the long-standing differences between the wealthier Dutch-speaking Flemings of the north and the poorer French-speaking Walloons of the south. Belgium has a highly developed private enterprise economy that has capitalised on its central geographic location, highly developed transport network, and diversified industrial and commercial base. Industry is concentrated mainly in the populous Flemish area in the north, although the government is encouraging reinvestment in the southern region of Wallonia. With few natural resources, Belgium must import substantial quantities of raw materials and export a large volume of manufactures, making its economy unusually dependent on the state of the world markets. Two-thirds of its trade is with other EU countries. Belgium became a charter member of the European Monetary Union (EMU) in January 1999.

Until the year 2000 (inclusive) there used to be three police forces in Belgium.
The first is the Municipal and Rural Police (Gemeentepolitie landelijke politie). The police are responsible for the individual municipality or village which, in turn, responds to the guide lines and directives of the Minister of the Interior. The police deal with ordinary patrol, traffic, and criminal investigations. The police are armed.
The second Police force the Gendarmerie (Rijkswacht) is a general civil police service competent for all police tasks across the whole territory of the kingdom. he Minister of the Interior is in charge of the organization and the general administration of this national police service. As far as the fulfilment of its tasks is concerned, the gendarmerie is under the authority and responsibility of the Ministry of the Interior and the Minister of Justice. These tasks are, among others, to keep the public order, to provide assistance to people in danger, to carry out judicial investigations as well as the tasks of the traffic police especially outside the towns and on motorways.
The third police force is the Judicial Criminal Police (Gerechtelijke Politie) with approximately 1,200 employees. This organization conducts criminal investigations for public prosecution and prepares information for intelligence. The judicial police also function in the area of criminalistics and forensic science. The processing of evidence for court trial is the primary responsibility of the police. 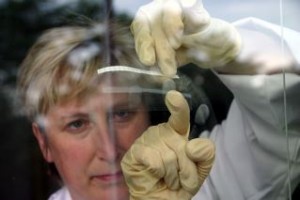 In the year 2001-2002 a reorganisation of the police took place which lead to one, integrated police service. This new police service is structured on two levels, the federal and the local level. The Federal Police started on 1st January 2001 and the Local Police on 1st January 2002.
Both forces are autonomous and subordinate to different authorities, but linked in regards to reciprocal support, recruitment, manpower mobility and common training.
The Federale Politie/Police Fédérale (English: Federal Police; German: Föderale Polizei) conducts specialized law enforcement and investigation missions that cover more than one region in Belgium. The Federal Police has approximately 12,500 personnel that provide support units for the Local Police and the federal police itself.
The local police (French: Police Locale; Dutch: Lokale Politie; German: Lokale Polizei) is made up of 195 police forces constituted from the former communal and gendarmerie brigades.
Each police zone is composed of one or several municipalities.

The Local Police perform the “basic police function”. Concretely, this means that each zone has to carry out at least six basic missions: district policing, reception, intervention, aid to victims, local investigation and public order. The Local Police are also supposed to accomplish some federal police missions. These include for example the maintenance of law and order during major events or soccer matches. The Local Police employ almost 33,000 staff members.
Each local police chief is responsible for the execution of local law enforcement policy and ensures the management, organization and distribution of missions in the local police force. She or he works under the authority of the mayor in one-city zones, or under a police board composed of all the mayors from the different municipalities in a multi-city police zone. Its philosophy envisions a global and integrated approach to security based on maximum visibility focusing police activities on a limited area, which should optimize contact between the police and the population. It aims to improve the objective and subjective feeling of security in communities.
The Belgian Network of Policewomen (Womenpol) tries to set up an active lobby to make this statute as woman-friendly as possible. For more information: www.womenpol.be (in Dutch en French).