Denmark became a power during the 800’s by conducting Viking raids in various parts of Europe and Britain. Denmark colonized areas for the purpose of trade and military support. The Nordic areas of Denmark, Norway, and Sweden have been united or in conflict with each other for much of their history. During World War II Denmark was invaded and suffered political and economic hardships during the occupation. After the war, in the late 1940’s, the country regained its economic status and encouraged social experimentation. 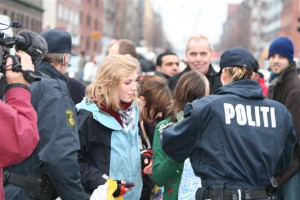 Once the seat of the Viking raiders and later a major power in northwestern Europe, Denmark has evolved into a modern, prosperous nation that is participating in the political and economic integration of Europe. So far, however, they have opted out of some of the aspects of the European Union’s Maastricht Treaty including the new monetary system launched on 1 January 1999.

The country of Denmark is divided into 14 administrative counties, which are further divided into communes and towns. The government is a constitutional monarchy with a prime minister, cabinet, parliament, and judicial system.

The legal system is based on ancient Nordic law, local custom, and modern interpretation and influence of European law. There is a supreme court, superior courts, and over 100 lower courts are distributed throughout the country. An ombudsman reviews the conduct of the government.

This thoroughly modern market economy features high-tech agriculture, up-to-date small-scale and corporate industry, extensive government welfare measures, comfortable living standards, and high dependence on foreign trade. Denmark is a net exporter of food. The centre-left coalition government will concentrate on reducing the persistently high unemployment rate and the budget deficit as well as following the previous government’s policies of maintaining low inflation and a current account surplus. The coalition also vows to maintain a stable currency. The coalition has lowered marginal income taxes while maintaining overall tax revenues; boosted industrial competitiveness through labour market and tax reforms and increased research and development funds; and improved welfare services for the neediest while cutting paperwork and delays. Denmark chose not to join the 11 other EU members who launched the euro on 1 January 1999. 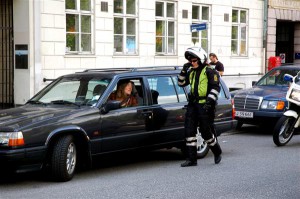 The police service is a national organization with approximately 10,300 police educated employees, 350 lawyers and 2400 clerical staff. The service is centralized in the capital city of Copenhagen but deployed to all urban and rural areas of the country. The police are responsible to the Minister of Justice. The Administration of Justice Act is the law that is steerting the work of the police. The main function of the police is to obtain security, peace and order, observance of laws and regulations, to take the necessary steps to prevent and to investigate crimes and to prosecute the offenders. Other duties may be imposed on the police with the consent of the Minister of Justice. The police carry pistols and have available submachine guns. The police training school is located in Copenhagen. Police personnel can enter the police force at the recruit level or with a law degree enter laterally as an assistant police commissioner.