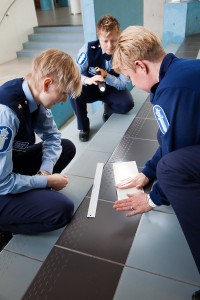 Long ruled by foreign powers, including Sweden and the pre-revolutionary Russian Empire, Finland finally declared independence in 1917. During World War II, Finland fought the USSR twice and then the Germans toward the end of the war. In the following half-century, the Finns made a remarkable transformation from a farm/forest economy to a diversified modern industrial economy. Per capita income has risen to the West European level; Finland is member of the European Union and is the only Nordic state which joined the Euro system at its initiation in January 1999.

Finland is a republic. The government consists of a president, council of state led by the prime minister, central administration, regional authorities and local government. The country is divided into 5 provinces and further divided into municipalities and towns. The court system in Finland is hierarchically organised on three levels (supreme courts, superior courts and lower courts).

Finland has a highly industrialised, largely free-market economy, with per capita output roughly that of the UK, France, Germany, and Italy. Its key economic sector is manufacturing – principally the wood, metals, engineering, telecommunications, and electronics industries. Trade is important, with the expOrt of goods representing about 30% of GDP. The economy has come back from the recession of 1990-92, which had been caused by economic overheating, depressed foreign markets, and the dismantling of the barter system between Finland and the former Soviet Union. Rapidly increasing integration with Western Europe will dominate the economic picture over the next several years. 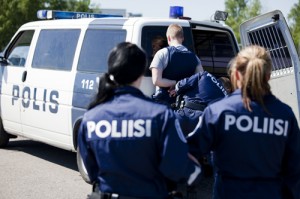 In each province the provincial police commander heads the police department which is in charge of police operations and administrative duties in the province. 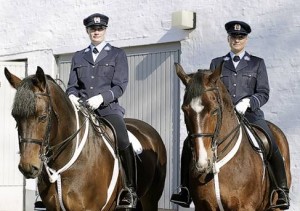 The police decree obliges the police to attend to the prevention of breaches of order, crimes and accidents and to give the public such help as belongs to the duties of the police. The activity of the police should in the first place consist of giving advice, making recommendations and giving orders in an objective, impartial and conciliatory spirit. The citizens shall for their part obey the directions, orders and prohibitions that the Police give them within the limits of their competence.

When performing their tasks the police may meet with resistance. In order to ensure the execution of the duties of the police the Police Act gives a policeman the right to use force, if necessary. The use of force is, however, restricted. It should begin with the most lenient means and gradually become more severe, if the task cannot be performed otherwise.

Special functions of the police

Directly to the Ministry of the Interior are subordinated three operational police units; the Central Criminal Police, the Mobile Police and the Security Police. These units have district or provincial offices in various parts of the country and they operate and have jurisdiction throughout the country.

The Mobile Police is assisting other police units and performs traffic control mostly onhighways and acts as the national police reserve.