After World War II Hungary became part of Soviet-dominated Eastern Europe, and its government and economy were refashioned on the communist model. Increased nationalist opposition, which culminated in the government’s announcement of withdrawal from the Warsaw Pact in 1956, led to massive military intervention by Moscow and the swift crushing of the revolt. In the more open Gorbachev years, Hungary led the movement to dissolve the Warsaw Pact and steadily moved toward multiparty democracy and a market-oriented economy. Following the collapse of the USSR in 1991, Hungary has developed close political and economic relations with western Europe and is now being considered a possible future member of the European Union.

On 23 October 1989 the Parliament approved by an 88% majority a new constitution which abolished the People’s Republic. The preamble states ‘The Hungarian Republic is an independent, democratic, law-based state in which the values of bourgeois democracy and democratic socialism hold good in equal measure. All power belongs to the people, which they exercise directly and through the elected representatives of popular sovereignty … No party may direct any organs of state.’ Ethnic minorities have equal rights and education in their own language. 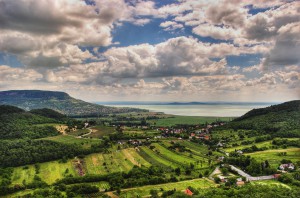 The single-chamber National Assembly has 386 members, made up of 176 individual constituency winners, 120 allotted by proportional representation and 90 form a national list. It is elected for 4-years terms. 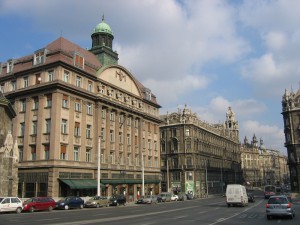 Hungary has consolidated its March 1995 stabilisation programme and undergone enough restructuring to become an established market economy. The country appears to have entered a period of sustainable growth, gradually falling inflation, and stable external balances. The government’s main economic priorities are to complete structural reforms, particularly the implementation of the 1997 pension reform act (the first in the region), taxation reform, and planning for comprehensive health care, local government finance reform, and the reform of education at all levels.