The early history of Italy is the history of Rome and its conquest of large portions of the known world by force and later by religion. Italy was not a united country and many small regions represented special interest groups. Into the mid 1900’s various European states competed for control over the area. Internal struggle continued for unification. During the 1800’s internal struggle became political and economic. Dictatorial government and war swept the country into economic disaster and the loss of colonies and resources. Political unrest continued with World War II, postwar and guerilla warfare. 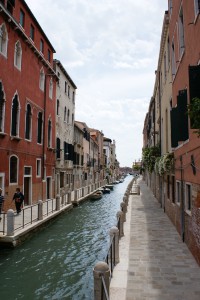 Italy failed to secure political unification until the 1860s, thus lacking the military and imperial power of Spain, Britain and France. The fascist dictatorship of Mussolini after World War I, led to the disastrous alliance with Hitler’s Germany and defeat in World War II. Italy was a founding member of the European Economic Community (EEC) and joined in the growing political and economic unification of Western Europe, including the introduction of the Euro in January 1999. On-going problems include illegal immigration, the ravages of organised crime, high unemployment, and the low incomes and technical standards of Southern Italy compared with the North.

The nation is divided into 20 regions and further divided into provinces. There is a president, prime minister, cabinet, bicameral parliament, and judicial system. The president can dissolve the legislature and call a national election. The legal system is based on modified Roman law and other European influences. The criminal law is based on various penal reforms and revisions.

Since World War II, the Italian economy has changed from one based on agriculture into a ranking industrial economy, with approximately the same total and per capita output as France and the UK. This basically capitalistic economy is still divided into a developed industrial north, dominated by private companies, and a less developed agricultural south, with large public enterprises and more than 20% unemployment. In the second half of 1992, Rome became unsettled by the prospect of not qualifying to participate in EU plans for economic and monetary union later in the decade; thus, it finally began to address its huge fiscal imbalances. Subsequently, the government has adopted fairly stringent budgets, abandoned its inflationary wage indexation system, and started to scale back its generous social welfare programmes, including pension and health care benefits. In December 1998, Italy adopted a budget compliant with the requirements of the European Monetary Union (EMU); representatives of government, labour, and employers agreed to an update of the 1993 ‘social pact’, which has been widely credited with having brought Italy’s inflation into conformity with EMU requirements. In 1999, Italy must have adjusted to the loss of an independent monetary policy, which it has used quite liberally in the past to help cope with external shocks. Italy also must work to stimulate employment, promote wage flexibility, and tackle the informal economy.

There are two basic national police systems in Italy: the Carabinieri, which is a paramilitary organization of approximately 111,400 employees; and the Polizia di Stato, national in organization with approximately 80,000 employees. There are also local community police forces which are responsible for traffic regulation, business licensing and inspection. 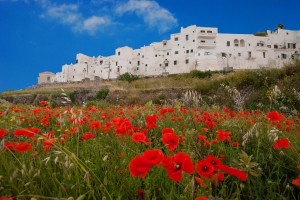 The Carabinieri is responsible to the Minister of the Interior during peacetime. During wartime it is responsible to the Minister of Defence. The organization serves as a national police system with functions of patrol, traffic regulation, criminal investigation, and intelligence. The personnel is deployed in rural areas and most urban communities. The police are armed, they have civilian and military vehicles, armoured cars, and tanks. Weapons include all light infantry capability. Fixed-wing aircraft and helicopters are utilized for surveillance and rescue operations. Senior ranking Carabinieri officers are educated in military schools and the enlisted ranks receive training in military and police functions in special training facilities.

The Polizia di Stato reports to the Minister of the Interior and are deployed in all major communities of the provinces. Functions include patrol, traffic, criminal investigation, intelligence, and organized crime. The police are armed with pistols and available are rifles and submachine guns. A special function of the police is the mobile unit. This is a crowd-control riot police that can be dispersed to any part of the country and includes crowd-control equipment and vehicles. If necessary, the Polizia di Stato can call upon the Carabinieri for assistance. Recruit training is carried out at the police academy and at an advance school for senior police officers.

The Polizia Municipale are responsible for the local mayor and are limited in performing public order duties. Traffic is normally their public security function in addition to business inspections. The Italian Polizia Municipale has 60,000 employees. Court, jails, and prisons are located throughout the country with the highest courts being located in the capital city of Rome.