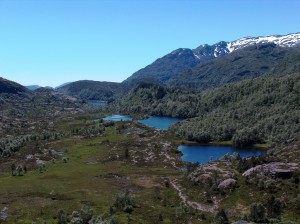 Early settlers in the south of Norway came from Germanic cultures and began to develop small communities for agricultural and commercial activities. Around the year 800 Norsemen began to raid and plunder Europe and Britain. This Viking period lasted until the late 1000’s. Internal strife and civil war prevailed into the 1300’s when Norway was united with Sweden and Denmark. In 1814 Denmark gave Norway to Sweden, and Norway adopted their constitution. Norway declared its independence in 1905. The country was invaded during World War II but recovered rapidly after the war.
Norway gained its independence from Sweden in 1905. As a separate realm, Norway stayed free of World War I but suffered German occupation in World War II. Discovery of oil and gas in adjacent waters in the late 1960s gave a strong boost to Norway’s economic fortunes. Norway is planning for the time when its oil and gas reserves are depleted and is focusing on containing spending on its extensive welfare system. It has decided at this time not to join the European Union and the new Euro currency regime.

The government of Norway is a constitutional monarchy with a prime minister and cabinet, parliament and judicial system. The legal system is based on Norwegian Law and local custom. There is a supreme court, superior courts, and lower courts. The country is divided into counties, communes and towns. Numerous political parties compete for governmental power during elections. A revised penal code defines criminal laws to be enforced by the police. The country is divided into 18 counties. 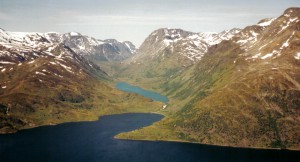 Norway is a prosperous bastion of welfare capitalism. The economy consists of a combination of free market activity and government intervention. The government controls key areas, such as the vital petroleum sector (through large-scale state enterprises), and extensively subsidizes agriculture, fishing, and areas with sparse resources. Norway maintains an extensive welfare system that helps propel public sector expenditures to more than 50% of GDP and results in one of the highest average tax levels in the world. A major shipping nation, with a high dependence on international trade, Norway is basically an exporter of raw materials and semiprocessed goods. The country is richly endowed with natural resources – petroleum, hydropower, fish, forests, and minerals – and is highly dependent on its oil production and international oil prices. Only Saudi Arabia exports more oil than Norway. Norway imports half of its food needs. Oslo opted to stay out of the EU during a referendum in November 1994. Economic growth in 1999 should drop to about 1%. Despite their high per capita income and generous welfare benefits, Norwegians worry about that time in the 21st century when the oil and gas run out.

In Norway there is only one police force. The organisation of the Norwegian Police is largely based on the principle of an integrated police, that is that all the functions of the police are collected in one organisation. Today there are 27 local police districts, each under the command of a Chief of Police. In addition to the police districts there are five special police agencies.
The Norwegian Minister of Justice and Police has the constitutional responsibility for all activities of the police. 1st of January 2001 the National Police Directorate was established, headed by a National Police Commissioner. The National Police Directorate has taken over several responsibilities previously handled by the Ministry of Justice and Police.