Poland today stands out as one of the most successful and open transition economies. The privatization of small and medium state-owned companies and a liberal law on establishing new firms marked the rapid development of a private sector now responsible for 70% of economic activity. In contrast with the vibrant expansion of private non-farm activity, the large agriculture component remains handicapped by structural problems, surplus labour, inefficient small farms, and lack of investment. The government’s determination to enter the EU as soon as possible affects all aspects of its economic policies. Improving Poland’s worsening current account deficit also is a priority. To date, the government has resisted pressure for protectionist solutions and continues to support regional free trade initiatives. The government export strategy emphasizes a more aggressive export assistance programme. Warsaw continues to held the budget deficit to less than 2% of GDP. Further progress on public finance depends mainly on comprehensive reform of the social welfare system and privatization of Poland’s remaining state sector. 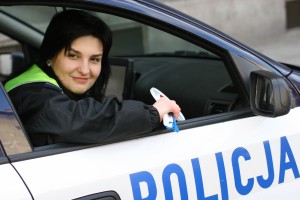 In 1990 Polish National Police was established
Police – uniformed and armed force, which main goal is to serve and proctect the people, and to maintain public order and security.
The basic police activities:
• the protection of people`s health and life, the protection of property,
• the protection of public safety and order,
• creating and organizing “community policing” and crime prevention activities,
• detecting crimes and misdemeanors, arresting people who commited crimes,
• the control of regulations, regarding public life and public spaces,
• the cooperation with police forces from other countries and international organizations. 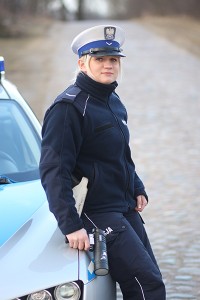 The Police shall consist of the following services: criminal service, prevention service and the service providing support for the Police activities in the field of organisation, logistics and technology. Maximum level of employment in the particular services (as of 1st March 2013): preventive service: 58 712 (62%) ; criminal investigation service 31 197 (33%); supporting service: 2744 (3%); management staff 1772 (2%), excluding police schools (803)
The Police shall include the court Police.
The Police Commander in Chief, reporting to the Minister competent for internal affairs, shall be the central government administration authority competent for issues related to the protection of people’s safety and maintenance of public safety and order. The Police Commander in Chief shall have command over all Police officers hereinafter referred to as “police officers”.

Currently in the Polish Police, there are 13 878 police women employed which is 14.4 % of all police officers (total number: 95 424). The women in the Police work in all kind of police services, e.g.: the criminal service, the uniformed police and the logistics.
The women in the Polish Police forces hold mainly the rank of non-commissioned officers (police constable, senior police constable, sergeant class II, sergeant class I, chief sergeant), and less often – the rank of warrant officer. In the lesser extent, the women hold the rank of officers (e.g. lieutenant, captain, major) and rarely the rank of senior officers. Until now, the rank of senior commissioner has not been awarded to any female officer.

As statistics shows, the women in the Police have better education than men. In the same time, they are rarely designated to be heads of units.

It can be illustrated by the following data: