On 25 June 1991 Slovenia became a state in its own right. After the new state was founded the big challenge ahead was still to be accomplished: Slovenia needed to gain international recognition and establish itself as a player on the world stage. One of the first important goals of Slovenian foreign policy was to join the international organizations and alliances, such as the United Nations, the Organization for Security and Cooperation in Europe (OSCE), the European Union, NATO, and many other international arrangements. Slovenia not only quickly became a member of such international groupings, but has already presided over several of them (OSCE Presidency in 2005). In 2010 Slovenia became member of the Organization for Economic Co-operation and Development (OECD).

Geographically, historically and culturally, Slovenia has always been a European country. But the post Second World War ideological divide between communist and non-communist Europe created a wall that would only disintegrate with the fall of communism. However, throughout the tumultuous 20th century, Slovenes maintained their political, economic, and above all, human contacts with the non-communist parts of Europe that were gradually moving towards closer integration. Following that, it was only a matter of practical arrangements before the newly independent Slovenia could join the EU and end its political and ideological separation from Europe. 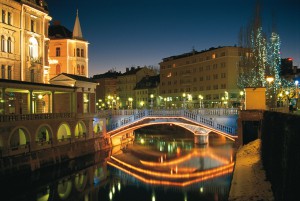 The Government of the Republic of Slovenia is a body with executive power and the highest body of the state administration. It determines, guides, and coordinates the implementation of state policies in accordance with the Constitution and with laws and other general acts passed by the National Assembly. As the highest body of the state administration, it passes regulations and adopts legal, political, economic, financial, organisational and similar measures for regulating areas within the state’s jurisdiction. Its function in the area of legislative initiatives includes proposing laws to be passed by the National Assembly, the state budget, national programmes and other acts with which political directions for individual areas within the state’s competence are determined. With regard to the EU, the Government represents the Republic of Slovenia and makes submissions to EU institutions.

Law enforcement in Slovenia is governed by the Slovenian Ministry of Internal Affairs and is the responsibility of the Slovenian National Police force, which is composed of the 8 police directorates in Celje, Koper, Kranj, Ljubljana, Maribor, Murska Sobota, Nova Gorica and Novo mesto. The police force maintains a number of international partnerships with foreign police forces, including training with the U.S. Federal Bureau of Investigation, and involvement in Albania and Kosovo with the Multinational Advisory Police Element. The Slovenian police force was admitted to Organization for Security and Co-operation in Europe on 24 March 1992. 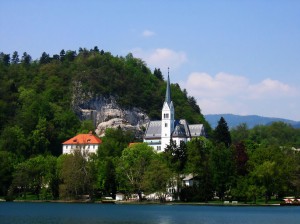 The Slovenian National Police force operates under the Slovenian Ministry of the Interior at three levels, local, general and regional, and is headquartered in Ljubljana. Slovenia is divided into 8 police directorates which control 111 police stations, all of which come under the jurisdiction of the Director General of the Police. In addition to this regular police force, Slovenia also employs the Specialna Enota Policije, utilised for Counter-Terrorism and other high-risk tasks that are too dangerous or too difficult for regular police units.

Since independence in 1991, Slovenia’s economic development has been very successful, making it one of the most thriving countries in transition. Especially during the period 1995–2008, economic growth in Slovenia was stable, reaching an average slightly above 4%. The Slovenian economy is open, and levels of internationalisation, measured by the average share of exports and imports in gross domestic product (GDP), have increased from 52% to 70% from 1995 to 2008. Economic growth was further enhanced by buoyant growth of private consumption and investment spending, which was most prominent in the year 1999. Higher economic growth compared to the EU average has enabled a gradual decrease in Slovenia’s development lag. Thus in 2007, Slovenia reached 89.2% of the average GDP of the EU-27 per capita, expressed in terms of purchasing power, which corresponds to an increase of 14.8 percentage points compared to 1995. This placed Slovenia in 16th place in the EU.