Early groups inhabited the area and were recorded by Greek and Roman travellers to the country. Recognition of the Swedes came in the 800’s with the Viking raids into Europe for exploration, trade and plunder. Early attempts of unifying Denmark with Norway, in 1397, resulted in conflict. In the 1500’s Sweden was at war with Denmark as a result of Sweden’s growth as an emerging European power. In the 1800’s Sweden obtained control over Denmark and Norway; both countries later became independent. Sweden remained neutral during both world wars. Sweden has been at the fore-front of social and political reforms in the 1900’s. 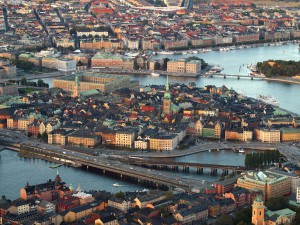 Having lost its military prowess of the 17th century, Sweden has evolved into a prosperous and peaceful constitutional monarchy with a capitalist system interlarded with substantial welfare elements. As the 20th century comes to an end, this long successful formula is being undermined by high unemployment; the rising cost of a ‘cradle to the grave’ welfare state; the decline of Sweden’s competitive position in the world markets; and indecision over the country’s role in the political and economic integration of Europe. A member of the European Union, Sweden chose not to participate in the introduction of the Euro on 1 January 1999.

The government of Sweden is a constitutional monarchy divided into 24 counties. There is a prime minister and cabinet, unicameral legislature, and judicial system. The legal system is based on local custom and European law.
There are many political parties which compete for elected positions to influence the government.

Aided by peace and neutrality for the whole twentieth century, Sweden has achieved an enviable standard of living under a mixed system of high-tech capitalism and extensive welfare benefits. It has a modern distribution system, excellent internal and external communications, and a skilled labour force. Timber, hydropower, and iron ore constitute the resource base of an economy heavily oriented toward foreign trade. Privately owned firms account for about 90% of industrial output, of which the engineering sector accounts for 50% of output and exports. Agriculture accounts for only 2% of GDP and 2% of the jobs. In recent years, however, this extraordinary favourable picture has been clouded by budgetary difficulties, inflation, high unemployment, and a gradual loss of competitiveness in international markets. Sweden has harmonised its economic policies with those of the EU, which it joined at the start of 1995. Sweden decided not to join the Euro system at its outset in January 1999 but plans to hold a referendum in 2000 on whether to join. 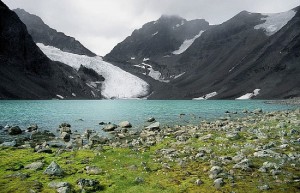 The police organization is a national force of approximately 24,000 officers responsible to the Minister of Justice. The police are deployed in urban and rural areas of the country and their functions include for example patrol, traffic, criminal investigation, waterway protection and intelligence. The training takes place at a centralized facility near the capital city of Stockholm. The police deal with all enforcement of penal laws and local laws.
Prisons and courts are located throughout the country.