The area was inhabited by a Celtic group when Rome invaded the region. Later, other cultures moved through the area but Switzerland remained part of the Holy Roman Empire. As early as 1291 the country attempted independence, and a series of wars in the 1500’s resulted in a governmental policy of neutrality. Internal strife continued resulting in social and political changes. In 1815 total independence was finally obtained. Internal religious conflict continued but was resolved by a strong central government. The country remained neutral during the two world wars of the 1900’s. 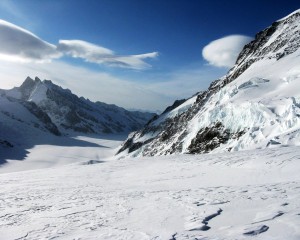 Switzerland is divided into 26 cantons. There is a central government sharing power with local governments. The central government consists of seven federal councils (executive power), one of them presiding in turn each year. The state has a bicameral legislature, a judicial system and a constitution. There are open elections and various political parties. The legal system is based on local custom and European laws. There are federal courts of law and local courts of law.

Switzerland, a fundamentally prosperous and stable modern economy with a per capita GDP 15% – 20% above that of the big West European economies, experienced an export-driven upturn in its economy in 1998. The downturn in the global economy, however, had a cooling effect on the 1998 boom in the Swiss export sector, including financial services, biotechnology, pharmaceuticals, and special-purpose machines. A major downturn in the Swiss economy should still be avoided, as consumer and capital spending have picked up and will keep the economy moving in 1999. GDP growth in 1999 was expected to come in around 1.4%. The growing political and economic union of Europe suggests that Switzerland’s time-honoured neutral separation is becoming increasingly obsolete. Thus, when the surrounding trade partners launched the Euro on 1 January 1999, their firms began prodding Swiss exporters and importers to keep their accounts in Euros. 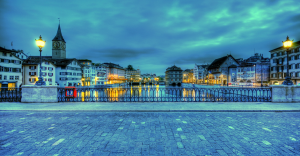 According to the constitution, the federal state and the cantons share the competence ensuring the security of the country and its inhabitants. Therefore there are basically two separate police forces, the individual Canton State Police in each of the cantons with approximately 13,000 employees and the Municipal Police of the major cities with approximately 4,500 employees.

All of these police enforce laws against crimes and deal with ordinary functions such as patrol and criminal investigations as well as traffic controls. Their organisation is paramilitary and they deal with compiling of information and intelligence.

There is a great deal of local autonomy and independence in Switzerland, however, a strong centralized government prevails. All police personnel, canton police, and municipal police are armed and have an array of weapons available. Prisons and courts are located in various cantons and major cities of the country.